“In 1983, my good friend Ivoncy invited me to join Iochpe as Industrial vice-president. One of the reasons for the invitation was that Iochpe needed to expand its industrial area. At the time, the company only had two concerns in the sector: a partnership with Klabin/Votorantim on the acquisition of a cellulose company called Riocel, in Rio Grande do Sul; and a small combine harvester outfit in Santa Rosa, also in Rio Grande do Sul. I had experience in the industrial area, because the BRDE [Southernmost Regional Development Bank] only financed industrial business, so Ivoncy wanted me in charge of this area at Iochpe.”

“[In the 1980s] we were licensed by HP to produce and launch another, even bigger product than the first one. It was a success, and the licensing deal really paid off. This partnership evolved, and as soon as Brazilian legislation allowed, HP approached us to propose a partnership. I led the negotiations, and there was an excellent rapport between the two groups’ executive practices, so it was a good fit. It was a great marriage while it lasted, but the partnership was dissolved when Brazilian legislation finally opened the market to foreign IT companies. HP was keen to expand in Brazil and wanted to buy us out.”

“Before that, we had Banco Iochpe, which sealed a partnership with the Bankers Trust, conducted by Iboty Iochpe, a banker. This partnership lasted quite a while (around ten years) and then we reached the conclusion that the Iochpe Group’s real vocation lay in industry.  The Bankers Trust was aiming for large-scale expansion in Brazil, and this could have generated a conflict of interests—they wanted to grow as a bank, and we wanted to expand in industry). I conducted the negotiations to sell our stake. Iochpe is a group that has always had a clear vision of its capacities, a feel for when to enter or abandon negotiations, and a knack at spotting a good opportunity for growth.” 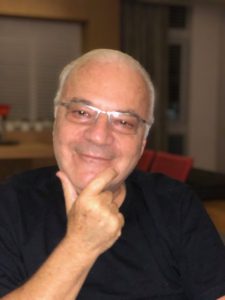