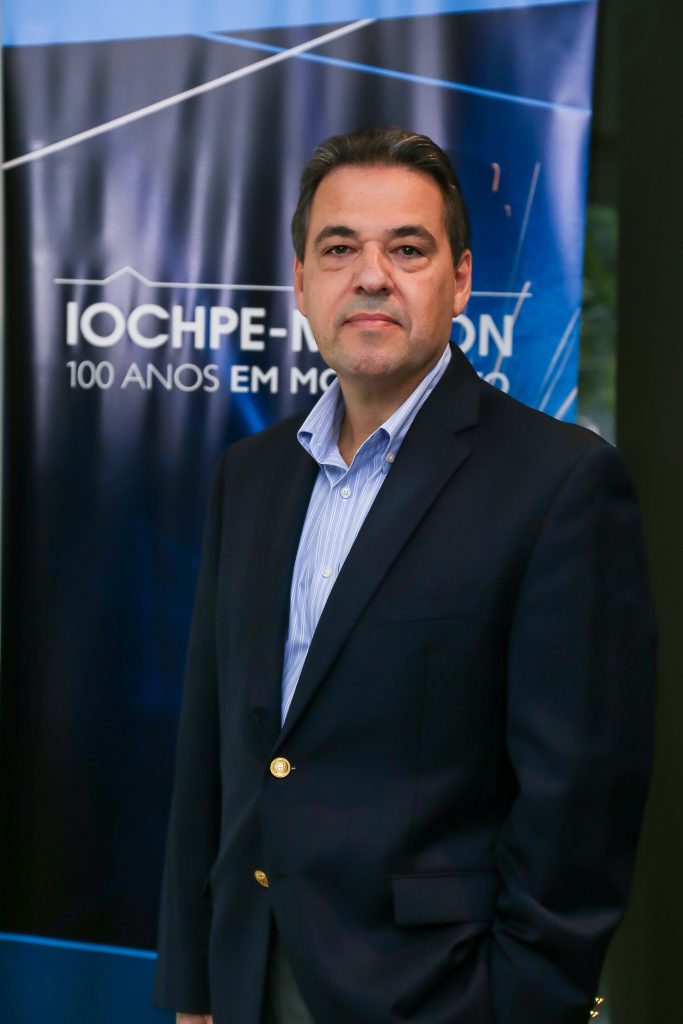 “Part of the challenge facing us in 2012 was that we had just acquired two hundred year-old companies, or companies with time-honored structures, processes and ways of working, and one of our priorities was to meld these very different organizational and national cultures so that the new Maxion could operate efficiently and in a coordinated way. For example, Hayes Lemmerz was the culmination of a succession of mergers between American companies and then a German outfit, while Inmagusa was bought from a very traditional family-owned North Mexican company that operated in the US and Mexican markets. Iochpe-Maxion itself was the fruit of a very interesting history in Brazil, where it had other acquisitions under its belt, such as ArvinMeritor and Fumagalli in 2009, and the Argentinean company Montich in 2010.  So it was a melting pot of very different cultures, priorities and ways of working, and our challenge was to pull together as a team and get the very best out of what these professionals and new acquisitions brought to the table.

Our task was to integrate these work teams in such a way as we could scout for the best practices, the best processes and ways of doing business and channel all of that into the new Iochpe-Maxion, which was now a global company with over 30 plants worldwide.

I think this is a process that’s been going on for a number of years now. We’re not only looking for gains in efficiency and synergy, but for a team that pulls together and applies the know-how of each group in the most efficient way. For example, Maxion had real engineering expertise in reducing steel-wheel weight, while Hayes Lemmerz had vast experience in factory automation and aluminum-wheel production processes. The question was: how do we integrate all this to create a stronger, more competent team that can offer our clients even more in the future? In this regard, I think things have worked out pretty well, as we have managed to integrate these teams, improved our processes and raw-material purchasing power and developed a solid portfolio of new products, while allocating resources for deeper future involvement in innovation, advanced engineering and business opportunities.  We’re no longer just a reliable, respected, competitive company with excellent quality, but an outfit that offers new solutions in products, processes and innovations that aggregate value for our customers.

Today, we’re running medium and long-term technological development analyses on the use of steel alternatives, such as plastic, other compounds and carbon fibers. A whole series of new technologies and raw materials is emerging which we would never have imagined in the past but which are already considered part of our production cycle. We’re alo pressing ahead with with our effort to make our wheels and other products lighter, with better finish and more eye-catching, attractive design. Our team is working to develop and integrate electronic telemetry into our wheels to harvest data on pressure, temperature and environmental factors, all of which can be used to enhance the performance of the vehicles wherever they are being driven.

The way we’re organized, our footprint, is essentially as follows: the factories in Brazil produce for South America, the units in Mexico and the US supply North America, the plants in Europe produce for Europe, and the factories in Asia, for Asia. There is some exportation between these blocks, but largely each produces within the economic conditions of its region and trades in the local currency. For Iochpe, therefore, exchange rate fluctuation, which is the arch-villain to most companies, doesn’t affect us that much, because the way we operate provides a natural hedge. If we’re producing in real (BRL), we’re selling in real; if we’re producing in euro, we’re selling in euro, and so on.  We don’t have much imported content, because our South-American materials are bought here in Brazil, and our European materials in Europe, which further reinforces that natural hedge I mentioned earlier.

We’re a genuine Brazilian multinational because, although we produce in various countries, as an open capital company, we’re regulated by the Securities and Exchange Commission, have obligations to our shareholders, and are beholden to the local legislation wherever we operate. Today, 75% of our production and turnover comes from abroad.

Our three main development hubs are in Brazil, Germany and Italy, and this allows us to know the needs of the different markets and customer bases so that we can convert that knowledge into products, processes and technologies. For example, we have huge expertise in the production of steel wheels for commercial vehicles in Brazil, equivalent competency in the production of steel wheels for light vehicles in Germany, and in aluminum wheels in Italy, and that’s a very powerful spread, because it means that we can draw upon the engineering experience at our centers of excellence and interconnect them electronically so that one fosters the technological evolution of the other through their virtual interconnectivity, something that would have been nigh impossible thirty years ago, when know-how and technology could only be shared via hand-drafted blueprints.

Over the last few years, we’ve made great advances in our aluminum wheels operations, which are obtaining much better results financially and becoming an attractive, high-growth business. In this, obviously, we’ve focused on industrial efficiency and on improving capacity where we need it most, starting with a new aluminum wheels factory in Turkey. We’ve also built a new aluminum wheels unit in Limeira and are in the process of opening another one in India—where we’ve already got two steel wheel plants.

In addition to these new units, we’ve introduced a series of new products in the structural components area: in Mexico, we’ve started producing stamped parts for commercial vehicles; and in Argentina, as of 2018, our Montich plant is producing assembled chassis for Nissan pickups.

When we look to the future and imagine what vehicles will be like 20 years from now, we’re talking electric cars, hybrid cars, driverless cars. We’ve been running some long-term analyses on all these fronts, and we’ve discovered some key points: all of these cars are going to need wheels, so until they invent flying cars—which will also need wheels, by the way, in order to land and take off—we’ve got a long, long way to go, with many opportunities for growth in the production of wheels and structural components, because it doesn’t matter whether they run on internal combustion, electricity, hybrid fuels, hydrogen cells, our wheels and structural components will still be a part of those cars.

Wheels play a key role in the overall look of a vehicle. The automakers pour billions of dollars into developing new products, the designers ply millions and millions into making them look good—the body, the paintwork—, but when you see that car in profile, what really puts the icing on the cake are the wheels. So, besides the obvious functional and security responsibilities of making the vehicle move and stop, the aesthetic aspect of the wheel is  paramount and will remains so in the future of the automotive industry.

In terms of structural components, the main function is to hold the whole thing together, but to do that they need to be flexible as well as strong. For example, the side rail is a component that sustains the chassis of a truck, so it has to provide maximum durability and resistance at the lowest possible weight. Managing the complexity of this component is therefore critical— there can be 50, 60, or 100 holes in a side rail in order to attach all the other components, so the factories need to be enormously flexible in their capacity to produce and deliver side rails in time and to spec for whatever model “A”, “B”, “C”, or “D” of bus or truck the client needs.

So that’s why our vision is “to be a global leader, growing sustainably through innovation and inspiring our people to help us shape the automotive world, together”, while our mission is to “supply automotive components and systems in a profitable way, while making our customers’ products more competitive globally, through ongoing innovation, process improvement and personal excellence”.